The Insolvency Service has published its latest England & Wales insolvency statistics for Q3 2019 (July-September) indicating that underlying corporate insolvencies (seasonally adjusted) rose by 0.4% in Q3 2019 compared to Q2 2019, and rose by 1.6% compared to Q3 2018.

Administrations increased by 20 per cent in Q3 this year which was the highest level recorded since Q1 in 2014 while Company Voluntary Arrangements rose by 2.3 per cent compared to the last quarter which was their highest quarterly level since the first quarter of 2012.

Commenting on the statistics Duncan Swift, president of insolvency and restructuring trade body R3, said “Today’s figures are further evidence that the economic and political turbulence of the last 12 months has taken its toll on businesses.”

“Uncertainty and stop-start stockpiling are among the factors hitting recruitment, investment, and wider business health, and we’re seeing more businesses worrying about their cashflow levels and their order books over the next quarter and the next year.”

“Businesses and consumer concerns about Brexit, the political uncertainty in the UK and the direction of travel of the UK’s economy are generally depleting order books, and there are other issues as well. Bricks and mortar retailers are still grappling with the challenges posed by online rivals, while manufacturing output and confidence is low. Car sales and manufacturing have declined, and the construction industry is suffering.”

“Numbers of administrations, a procedure designed to support business restructure and rescue, have increased by 20% since the last quarter, and are at their highest since the first quarter of 2014.”

“Economic uncertainty is putting corporate customers and consumers off from making big purchases. Many consumers will be focusing on the essential items, while personal finance worries are higher now than they’ve been for many years.”

“For some businesses, restructuring through an insolvency procedure is the best means of dealing with stalled growth.”

Company insolvencies have rocketed due to a lack of investment and uncertainty surrounding Brexit, according to Matthew Waghorn, Partner at Wilkins Kennedy

Waghorn said many companies were not prepared to invest due to their concern about the UK’s political future. “Company insolvencies have risen so dramatically due to a lack of investment and the global economy falling generally. Company owners are looking at their current financial situation and the continued Brexit uncertainty and it is all adding to the increase in insolvencies.”

“The economy is stagnating and there is no real direction from parliament which is not helping the situation for businesses. Companies are deciding not to invest and the global economy is slowing down which is resulting in fewer orders.”

“I am finding that manufacturing companies are being particularly hit hard by the uncertainty because their orders are drying up since they are in a global market. This is leading to a knock-on effect in administrations which is why I think they have reached their highest quarterly level for seven years because since there has been less or no investment and people are concerned about tariffs, company owners are becoming disillusioned and don’t want to struggle on.”

More companies across England and Wales are opting for voluntary rather than compulsory liquidation because of rising government costs. According to the report, the increase was primarily driven by a rise in administrations and creditors’ voluntary liquidations.

“It may also be more beneficial for a company to seek CVL as a company will avoid being petitioned through the courts.”

Another reason for the quarterly rise in company insolvencies cited by Defty was the October 31 Brexit deadline which was agreed earlier this year.

While this deadline has since been extended to January 2020, according to Defty, insolvency practitioners will have sought to finalise these ahead of the UK’s planned departure from the European Union.

Defty added: “Brexit was certainly a contributing factor to the overall increase in company liquidations. Without a doubt, uncertainty over the terms of the UK’s departure from the EU will have prompted many companies to make a final and decisive decision on their futures.”

“We also tend to see a rise in company insolvencies after the summer months, so all of these factors will have played a part.”

Administrations reached their highest quarterly level since Q1 2014. According to Defty, administrations can be used as a means to avoid liquidation. “Administrations remain a way of potentially saving a company and keeping staff in employment and insolvency professionals work hard to achieve these aims.”

CVR Global’s team of experienced insolvency practitioners will be part of the speakers talking about business credit management at the Commerical Credit & Collections Conference on 23rd January 2020 in London. To find out more details about the event or to register then click here. 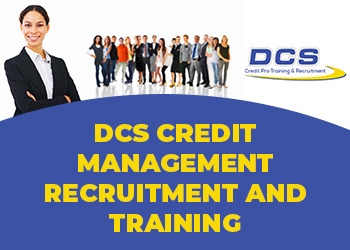