Losses at large restaurant groups increase ahead of spending squeeze

Losses at the country’s largest restaurant groups rose by 174% to £673m in the year to September, according to analysis by UHY Hacker Young.

The lockdown and social distancing rules meant that the restaurant sector was one of the hardest hit by the pandemic.

Lost sales cost the hospitality sector around £200 million a day during lockdown but at the same time, restaurants continued to incur substantial costs such as rent. Whilst many landlords of restaurants will have agreed to defer rent payments, few will have waived rent payments during the lockdown.

Despite the Government support, some restaurant chains such as Prezzo, Byron Burgers and Carluccio’s went into insolvency during the pandemic. Other large chains, such as Frankie & Benny’s and Pizza Hut were forced to close sites and use CVAs to cut costs and keep businesses afloat.

Whilst many restaurant businesses were able to keep afloat by CBILS or BBLS lending, they are now having to begin repayment of those loans, putting pressure on their cash flow.

Restaurants are also encountering the challenge of trying to make the most of the rebound in trading, whilst being short of staff.

The Christmas period was a disappointing one for the sector due to the spread of the Omicron variant. Customer numbers dropped as many chose to stay away and the industry was hit by a wave of staff absences.

Peter Kubik, T&R Partner in our London office explains that the hospitality sector has found that after Brexit and without a regular flow of younger workers from the continent, it has been far harder to recruit. That has pushed up wages at a time when trading is still volatile and other input costs are also on the rise.

Kubik adds that although more restaurants are expected to become insolvent, these insolvencies could lead to a helpful recalibration of rents for the hospitality sector. With the end of the moratorium on evictions of commercial tenants likely to create even more unoccupied space on high streets, falling rents could entice new entrants into the sector.

Peter Kubik said “The end of lockdown has not resulted in a painless rebound in fortunes for the sector. Many restaurants are struggling to pass on increased food and wage costs to customers which is putting margins back under pressure. Omicron is just the latest setback for an industry hit hard in the last two years.”

“They are also facing the threat of decreased consumer spending due to April’s increase in National Insurance.”

“The Government has stepped in to help and provided a great deal of support for the sector but it’s likely that even more will be needed, it’s no surprise that the industry is fiercely lobbying for an extension of its lower VAT rate.”
Losses recorded by the UK’s Top 100 restaurant groups worsen sharply to £673m last year 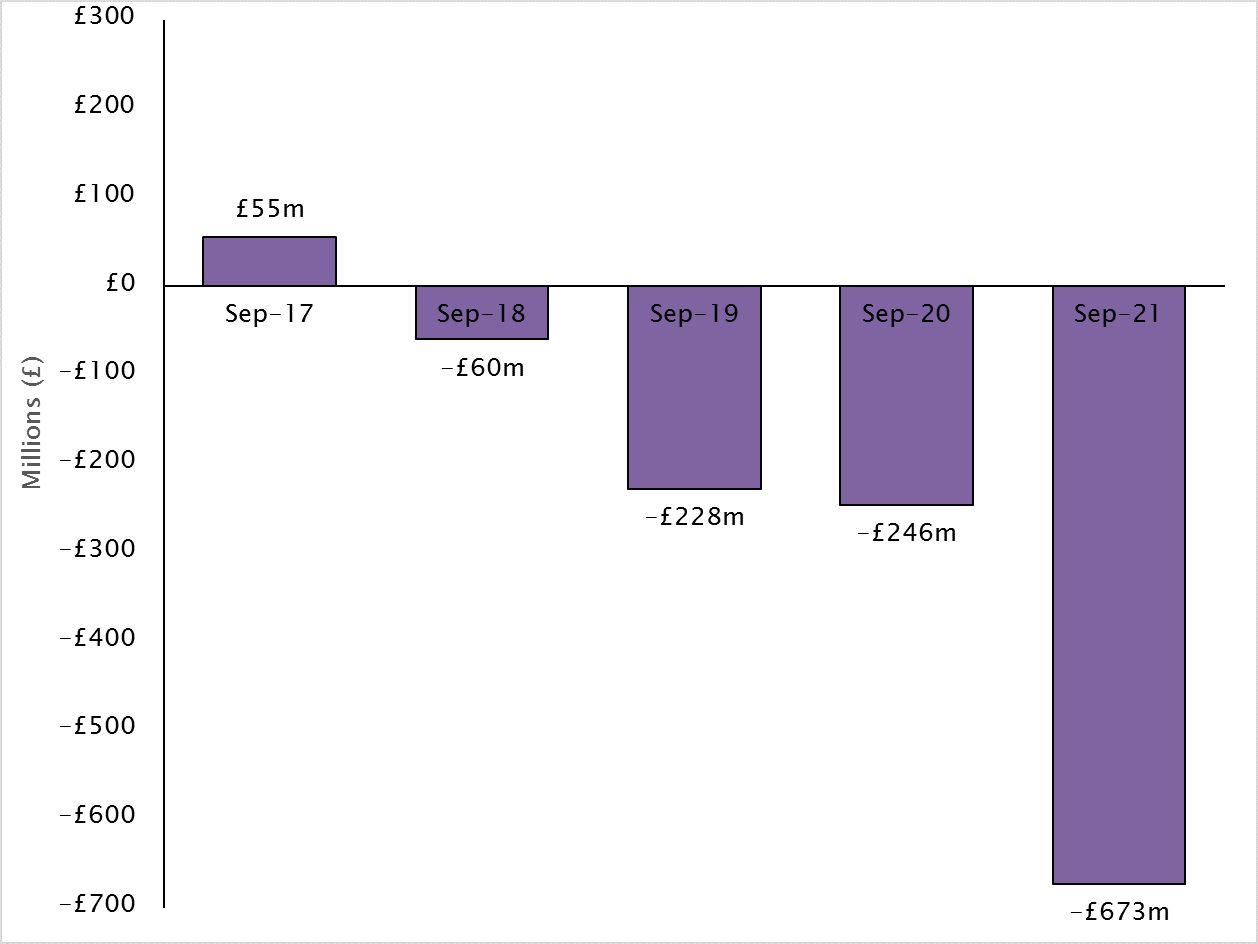 The Federation of Small Businesses (FSB) is warning that a worsening of the UK’s late payment crisis, high inflation and mounting admin for firms that trade internationally will cause the business community to further shrink in size if left unaddressed, as it releases fresh findings from its quarterly Small Business Index (SBI). The new study…

Businesses write off £8 in every £100 as uncollectible

Businesses are reporting that they are losing £8 for every £100 billed in the last year due to the non-payment of invoices, according to the research by trade credit insurer Atradius. The research barometer reveals nearly half (44%) of the total value of UK B2B sales were reported overdue this year and a further 8%…

Half of European businesses say data is vital for survival

New research commissioned by Dun & Bradstreet has found that over half (52%) of European businesses surveyed don’t think they will survive without relevant, up-to-date and compliant business data. The findings, of the ‘The Future of Data’ report, revealed that two-thirds of business leaders agree that data is the most useful tool for their organisation…

£28bn in Covid loans paid out before anti-fraud measures started

A report from the National Audit Office (NAO) says the Government only put basic anti-fraud checks on the Bounce Back Loan Scheme (BBLS) for small firms once more than £28 billion had already been paid out. Checks to ensure that a company was not applying for more than one bounce back loan were not put…