Euler Hermes has released an economic statement suggesting two years of substantial declines in insolvencies is about to end.  Ludovic Subran, chief economist at Euler Hermes said “This is happening because global growth is not accelerating and will linger below +3% in the coming years. Companies are therefore more vulnerable to external shocks.”

At a global level, the contained return of inflation should provide only limited relief to corporate revenues, while companies will face higher input costs, upward wage pressure and tighter financing conditions. Businesses absorbed the 2008-2009 shock, but remain vulnerable to the lack of a solid macroeconomic and financial environment. In 2016 they faced major global headwinds:

“Bankruptcies are on the rise in Asia Pacific and the Americas, and Europe’s improvement is fading. We expect global insolvencies to rise by +1% in 2017,” continued Subran.

Europe appeared immune to the gloom in the rest of the world in 2016, with insolvencies decreasing by -5%. Meanwhile, Latin America should post its fifth consecutive increase in insolvencies (+18%), impacted by recession in Argentina, Brazil and Venezuela, low commodity prices and currency depreciations. In Asia Pacific, the Chinese slowdown and a rebound in insolvencies and protectionism will impact companies. In North America, the steady decline in insolvencies has come to an end.

The +45% surge in the number of major bankruptcies (over EUR 50 mn) registered in the first three quarters of 2016, compared to the same period in 2015, is a source of second-round turbulence. Large bankruptcies will have a domino effect, with adverse implications for fragile suppliers, particularly for energy companies. Europe is the most at risk in terms of number of cases, while North America reported the largest number in terms of cumulative turnover.

Furthermore, state-owned enterprises (SOEs) – i.e. companies in which the state directly owns 50%+ of share capital – are not immune to bankruptcy. Their relative weight in the economy, their level of indebtedness, their inefficiencies and the existence of an exit strategy constitute their major risk factors.

“More than 160 out of the 2,000 largest companies in the world can be defined as SOEs,“ added Subran. “Overall, SOEs in China present the highest risk profile, followed by Brazil and Russia.” 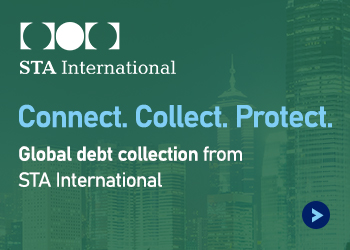